LOVE Island stars Zara Lackenby-Brown and Olivia Hawkins DID work together before entering the villa, The Sun can confirm.

Since Zara entered the villa as a bombshell, the pair have taken an instant dislike to each other, and have had numerous vicious clashes as they fight to stay in the villa.

Viewers have been trying to figure out why exactly their feud runs so deep despite supposedly only knowing each other a few days.

Now there’s proof that the pair even appeared in the same music video.

In unearthed footage for RnB singer Dapz’s music video Take Me Away, both girls were seen lounging by the pool in bikinis in the middle of a house party in the Hollywood Hills.

Zara is seen cuddling up to the musician and dancing around him, before posing seductively against the clear glass windows.

In other shots, Olivia is sipping on cocktails as she sits on the poolside, flicking back her hair as she stares at Dapz.

The entire video is centred around a party full of bikini clad girls, with Dapz hanging out with his guy friends enjoying the event.

This seems to prove Zara and Olivia did know each other before the villa, with a falling out occurring before they came onto Love Island.

Internet sleuths had already dug up old Instagram messages which prove the pair were at least commenting on each other’s posts years before they entered the show.

How they fell out still remains a mystery.

Some fans believe this is connected to them separately confessing they’d previously dated a pro athlete – believing it could have been the same guy.

The Sun Online has approached Love Island for comment. 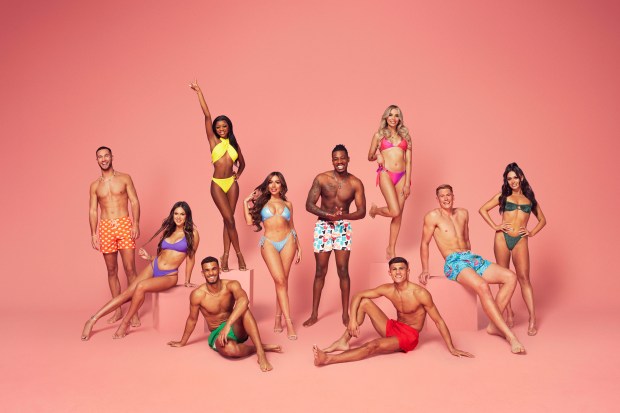 If You’re Black And Cops Kill You, The Vice President Will Speak At Your Funeral | Ep. 1660